A FOOD company from Dubai specialising in ready-to-eat meals (MREs) made a big step forward towards setting up a production plant in Brunei after signing a Letter of Intent for cooperation in Halal food production with the Ministry of Industry and Primary Resources (MIPR) yesterday.

The signing of the Letter of Intent took place during the morning session of the International Food and Biotech Investment Conference at The Empire Hotel & Country Club and saw the attendance of the Minister of Industry and Primary Resources, Pehin Orang Kaya Seri Utama Dato Seri Setia Awang Haji Yahya bin Begawan Mudim Dato Paduka Haji Bakar as witness.

Signing on behalf of the MIPR was Haji Sabri bin Haji Mohd Taha, the Head of the Halal Industry Innovation Centre, while signing for Saahtain Food, Dubai, was its Chief Executive Officer, Adeel Khan.

Speaking to the Bulletin, Saahtain Food’s CEO said, “We want to set up a production plant here. We want to aim to produce 25,000 meals per day when we start production, and we will ramp it up to over 50,000 over the next 18 to 24 months.

“The regional emergency and military sector is also a market, given that we are one of the very few people who produce Halal MREs for the military.”

He said that he has been coming to Brunei for many years now, and noted that there are two things that attracted his company to the country.

“One is its strategic location. Second is the conducive and supportive environment for foreign investment, and within that I would say that the systems here are less complicated than the surrounding Asean countries.”

The MREs Saahtain Food produces are 100 per cent Halal, 100 per cent natural and highly nutritious, while also having a long shelf life of two years.

He also affirmed that a production plant in Brunei would mean local employment opportunities.

When asked on when they plan to start things in Brunei, he said, “We think we should be up and running in production in six to eight months. The Bio-Innovation Corridor (BIC) is phase two for us. We just want to come here and set up outside the BIC, start operations and then move to BIC in 18-24 months – whenever BIC is ready. That’s the idea.”

He also spoke on the Brunei Halal brand, saying, “We want to help take Brunei Halal to the next level in terms of market penetration and product development.”

Yesterday’s signing follows up the signing of five other contracts – one Memorandum of Understanding (MoU), one Heads of Terms agreement and three other Letters of Intent – with other international enterprises on Tuesday.

Speaking on all the signings, the Minister of Industry and Primary Resources said, “The Bio-Innovation Corridor is ready for business and now entering the next crucial stage of its development.”

On Saahtain Food, the minister said, “The intention is to set up some form of production operations here.”

The company’s MREs are “easy to use”, and are good not just for military operations but also for disaster relief operations, as well as normal consumption, because it is “quality food”. He also noted that as the MREs are Halal and can be consumed by Muslims.

“Intention is to hopefully set up a production base, and more importantly, a hub,” he said. He also spoke on the previous signings on Tuesday, beginning with the Heads of Terms agreement signed between the MIPR and Mitsubishi Corporation Biotech Sdn Bhd.

The company produces Astaxanthin – a natural food colouring derived from natural resources, specifically from fresh micro algae that thrive in this part of the world.

“Their intention is not only to produce this food colouring here but also to find what else we can derive from the freshwater micro algae that thrive under conditions here,” he said.

“They have already tested a pilot plant and what they’re doing now is a scaling it up. The Heads of Terms are to do with terms of tenancy, tenure and rental. It’s quite an advanced stage of the process.”

“This is more to do with research and development into food. It’s to share their expertise and train our people, and also to take advantage of our possible link-up with China through the Brunei-Guangxi Corridor.”

Letters of Intent were also signed on Tuesday with representatives from Yulin in Guangxi, China for cooperation in rice production and traditional Chinese medicine. Another was signed with a representative from Nanning, Guangxi pertaining to the Brunei-China Agricultural Industrial Park. 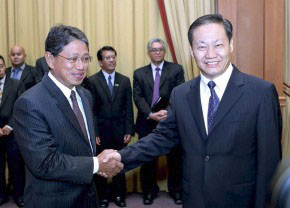 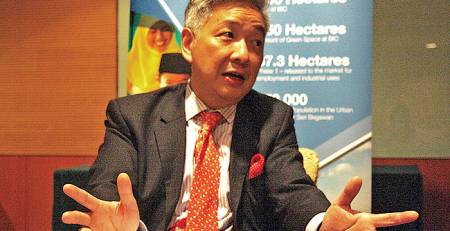 Brunei needs to expand its economy base, says Ho

14th May 2015, WITH the unpredictable fluctuations of oil and gas prices globally, Brunei needs to expand its economy […] 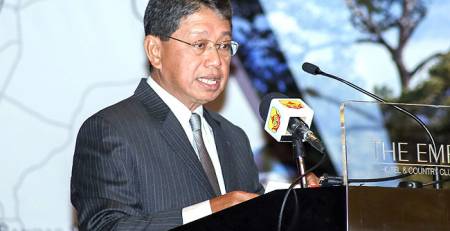 Minister plays up potential of Bio-Industry 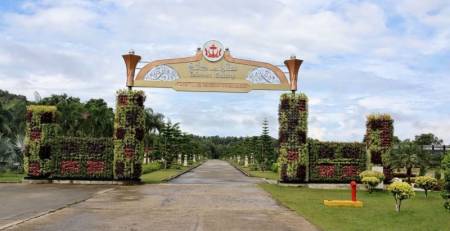 11th February 2014, THE Brunei Agro-Technology Park (BATP) will be known as the BioInnovation Corridor (BIC) said the […]

President Ts.Elbegdorj received delegates of the first International Symposium on Technology and Innovation

27th November 2015, President Ts.Elbegdorj welcomed the scientists and experts who are participating in the first International Symposium themed […]

Mongolia as the bridge to link Russia and China 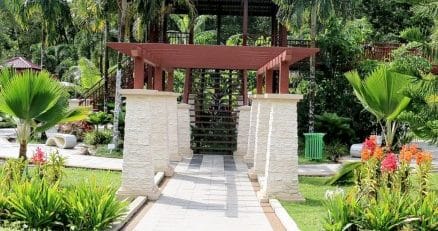 BIC to get more Chinese investors 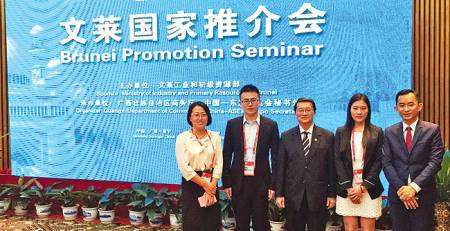 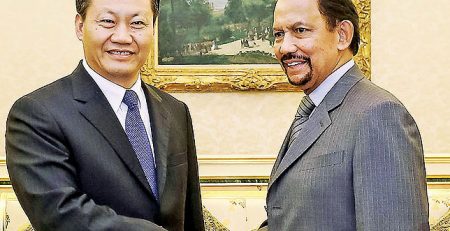 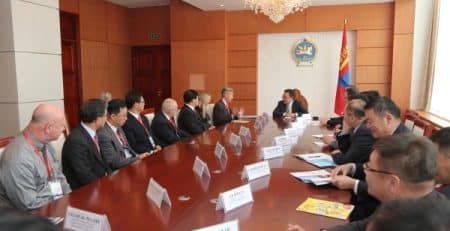 27th November 2015, At the meeting, Member of Parliament, Minister of Education, Culture and Sciences L.Gantumur, Human Development and […]

Signing of Letter of Intent on Cooperation in Halal Food Production

Brunei Darussalam and the United Arab Emirates, UAE, recognized the shared interest to enhance friendly cooperation between the Participants […]

THE halal pharmaceuticals industry is one of the key industries that can be developed in the Sultanate. According to […]

SQW China Limited (“SQW”) is the company that runs the project “Brunei BioInnovation Corridor” (BIC), which seek to transform […] 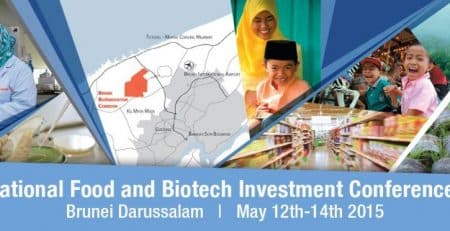 The need for diversifying the economy and multiplying several types of products for export purposes is becoming more important.

BioInnovation Corridor should be promoted among Chinese investors

6th June 2012, Consultants to research on sustainable land transport system, THE CSPS, in cooperation with the Ministry of […] 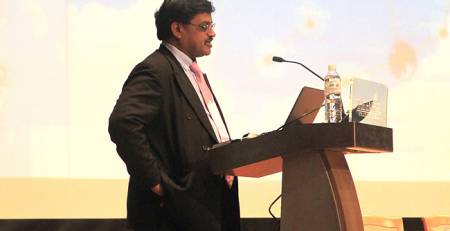 THE development of petrochemical industry in Brunei will significantly help economic diversification process in the country, a renowned economist […]

21st October 2014, BRUNEI will overhaul its land transport system under a new master plan that promises a more […] 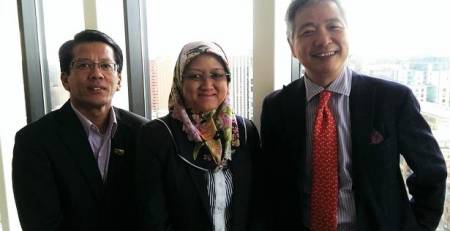 13th April 2015, Midland businesses in the food, pharmaceutical and fast-growing biotech sectors are being urged to explore opportunities […]

Tips on how to become a successful Halal certified pharma company

Brunei Darussalam is for the first time organizing an International Food and Bio-Tech Investment Conference, which opened here on […] 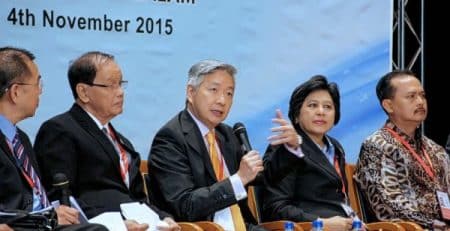 Brunei can serve as regional hub for Chinese investors

5th November 2015, BRUNEI can serve as a hub for Chinese investors keen to tap the ASEAN market. According […] 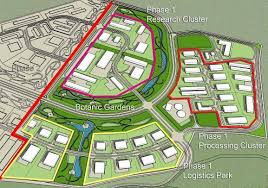 20th April 2011, Work has finally begun on the much anticipated Brunei Agro-Technology Park (BATP), envisioned to be a […]

20th August 2012, THE establishment of the Brunei Agro-Technology Park (ATP) as a “one-stop shop” is hoped to attract […]

BEBD as a ‘One-Stop’ agency to facilitate, support foreign investments

WITH the launching of the International Food and Biotech Investment Conference yesterday, several working papers and discussions were delivered […] 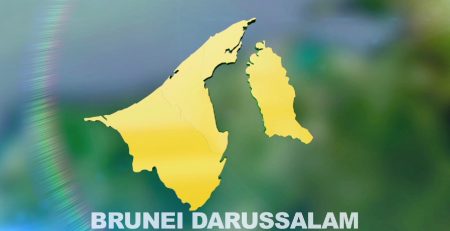 Brunei has invited Chinese mainland investors and enterprises to join a $300-million, halal-themed industry park in the Southeast Asian […] 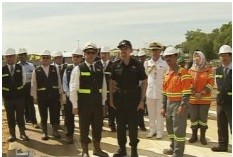 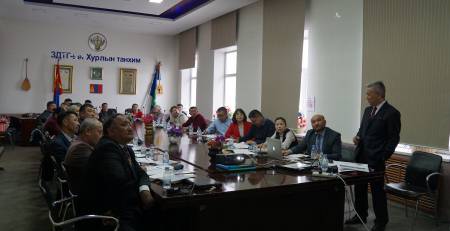 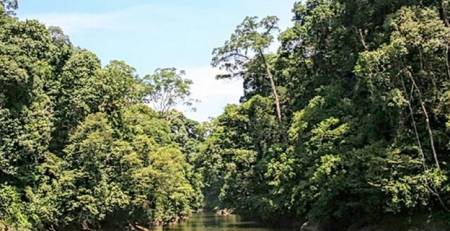 Brunei should focus on high-end tourism

5th November 2015, THE Brunei government is “serious” to work with the Brunei-Guangxi Economic Corridor to further position Brunei […]

Brunei Darussalam through the Ministry of Industry and Primary Resources, is for the first time organising an International Food […] 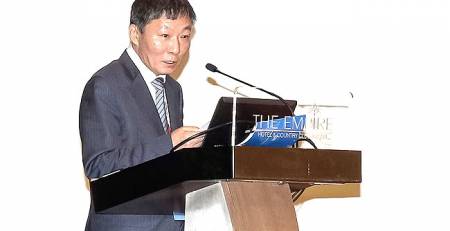 WITH the right development, Muara Port has potential to become a regional and international hub, which in turn could […] 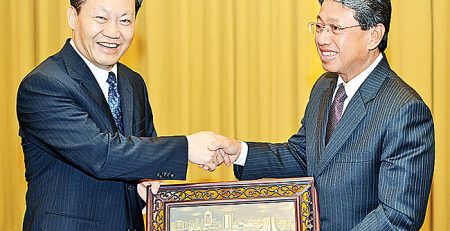 Proposal for Chinese collaboration in 3 areas

The International Food and Biotech Investment Conference marks an important milestone to Brunei Darussalam’s economic diversification. With the focus […]

Brunei all out to woo HK investors 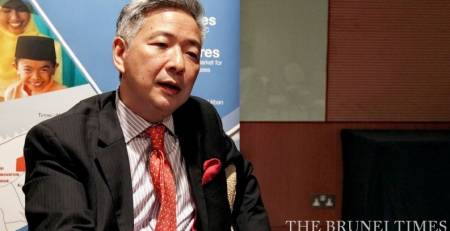 Brunei Darrussalam: The Halal Industry and Bio Industry are among the sectors identified for expansion in the Government’s effort […]

FIVE documents were signed between the Government of Brunei Darussalam and five international parties yesterday, including a Memorandum of […] 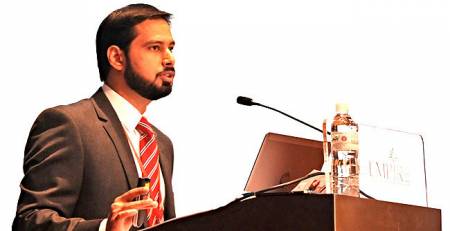 16th August 2012, The country’s endeavour to become less dependent on the oil and gas sector by tapping into […]

MRT/LRT not feasible for Brunei

21st October 2014, BASED on the findings in the National Master Plan for a Sustainable Land Transportation System For […]

Muara Port has potential to become a regional hub

16th December, 2014
THE Minister of Communication yesterday launched the “White Paper” for land transport which will pave the way […]

7th Jun, 2012 The formulation of a viable and sustainable national land transportation system is a very important path […]

All eyes on Brunei’s leap 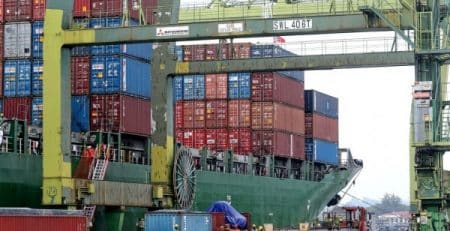 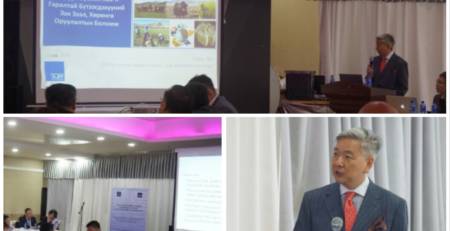 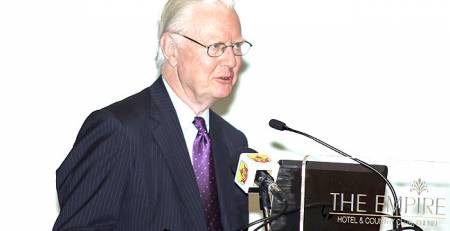 SMALL economies can flourish, even with diminished resource reserves, provided they have invested much of their resource income and […]

3rd February 2016, Guangxi will focus on eight fields to build it into an important gateway for “Belt and […] 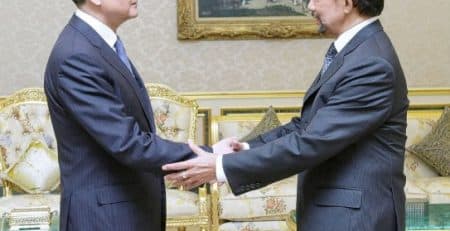 CHINA is eager to aid Brunei’s diversification efforts by lending financial support to develop local infrastructure and industry. His […]

2nd September 2010, The Department of Agriculture and Agrifood of the Ministry of Industry and Primary Resources signed an […]

Being part of the efforts to promote the implementation of the Brunei-Guangxi Economic Corridor, the Ministry of Industry and […] 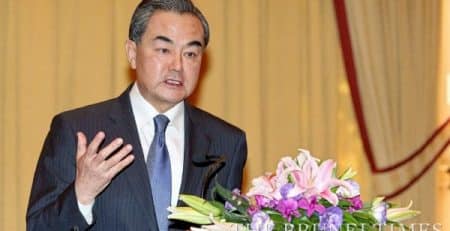 CHINA is eager to aid Brunei’s diversification efforts by lending financial support to develop local infrastructure and industry. His […]

5th November 2015, BRUNEI-MUARA: There is huge potential for building an economic corridor between Brunei and Guangxi province as […]

12th June 2014, THE Brunei Industrial Development Authority (BINA) will look into the possibility of compensating tenants […]

BRUNEI has a significant potential to grow as an Islamic economy, being one of the top 15 countries in […] 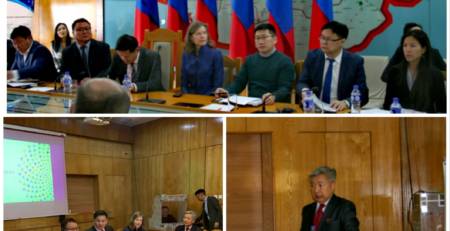 17th September 2014, THE government of His Majesty the Sultan and Yang Di-Pertuan of Brunei Darussalam and the government […]